In a nutshell, an API is a set of functions that allows the sharing of data between independently run applications. Over the past 24 months, more enterprises have begun to modernize their applications by adopting an API (Application Programming Interface) first strategy. This represents a major move away from traditional SOAP-based APIs to RESTFul APIs. This strategy has increased the demand and complexity for the test automation.

Automating API testing is essential for functional, load, regression, and integration testing. API automation streamlines integration and regression testing every time a new change is made. It allows the testing of business functions separately from the user interface. API test automation also reduces the turnaround time in the software development release cycle, feedback, fixes, and redeployments, which makes applications more reliable and successful. In addition, OpenAPI specifications and API test automation with the use of generated mock data makes it easier to discover any integrations issue sooner in the lifecycle of the API development.

What is API Contract, and Who Writes it?

Where do you start with API automation? An API Contract.  An API contract is nothing more than a user manual for the API that basically tells the users how to utilize or consume the API. The OpenAPI Specification (OAS) standard that has made it easier to document APIs. The OpenAPI Specification is a community-driven open specification within the OpenAPI initiative, a Linux Foundation Collaborative Project. API developers in collaboration with the business sponsors can put together OpenAPI compliant specifications that can serve as a contract. In our practice, we always start with an API contract in OpenAPI standard format before writing any code. The contract serves as our baseline to develop the service and create  test cases. It also lays out how to accomplish a number of tasks, such as creating mock data and test cases. Mock data enables your team to automate API testing in the Continuous Integration (CI) pipeline.

Testing an API is different than testing other parts of a software product, because APIs operate on the business layer of an application rather than the presentation layer and don’t directly interact with users. Through API testing, testers get access to the full application functionality even before the GUI is implemented. API tests are generally created out of individual request-response interactions based on the API contract and the mock data. The inclusion of such test execution in the CI pipeline results into quick feedback. This way, developers can ensure that the API made available to test with the application is error free. Detecting API bugs early and failing fast helps to reduce the time to production.

The following approach is considered while creating test cases for testing an API:

How Do You Measure Success?

The answers are simple:

Optimoz’s Cloud Systems: CloudSight helps cloud services consumers to optimize their spending and cloud usage while leveraging on the cloud elasticity and devops. Visit https://cloudsystems.com to learn more about our solutions.

Deloitte, OPTIMOZ and USCIS discuss the patterns and anti-patterns for achieving the right-sized API governance approach for your organization from the show floor at Google Cloud Next ’19. https://youtu.be/eUT-MgG7yv0

Our Guide to Choosing a Cloud Provider

By 2023, 80 percent of new application starts will be in the Cloud, and some exuberant analysts are predicting that the creation of new, on-premise data centers will end by 2025.  In addition, enterprises are migrating existing workloads to the Cloud at a rapid...

The Six Secrets to a Successful Cloud Migration + Modernization

At Optimoz, we spend a lot of our time helping companies migrate their important applications to the Cloud. It’s harder than you might think.  Most Cloud applications are built using technologies and tools that weren’t mainstream five years ago.  Cloud...

Driven by the power of the Cloud, the software development process – and development lifecycles - is transforming. Downtime is becoming a thing of the past with highly available architectures and immutable infrastructure. The scale of utilization is increasing as... 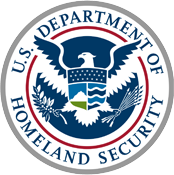 OPTIMOZ works with enterprises to build and deliver their important core applications in the Cloud.